The Black Cat is a gothic tale about a murderer concealing his crimes. He believes he is unassailable, but will he really get away with it all?

The Black Cat premiered at Nash Theatre in October 2014, as part of the company's collection of plays inspired by Edgar Allan Poe - the production was entitled 'Once Upon a Midnight'. Nash Theatre approached Elodie Boal to write a one-act play for this performance. The Black Cat was inspired by Edgar Allan Poe and his work of the same title. The play received much recognitionsuccessful reviews during its performance. 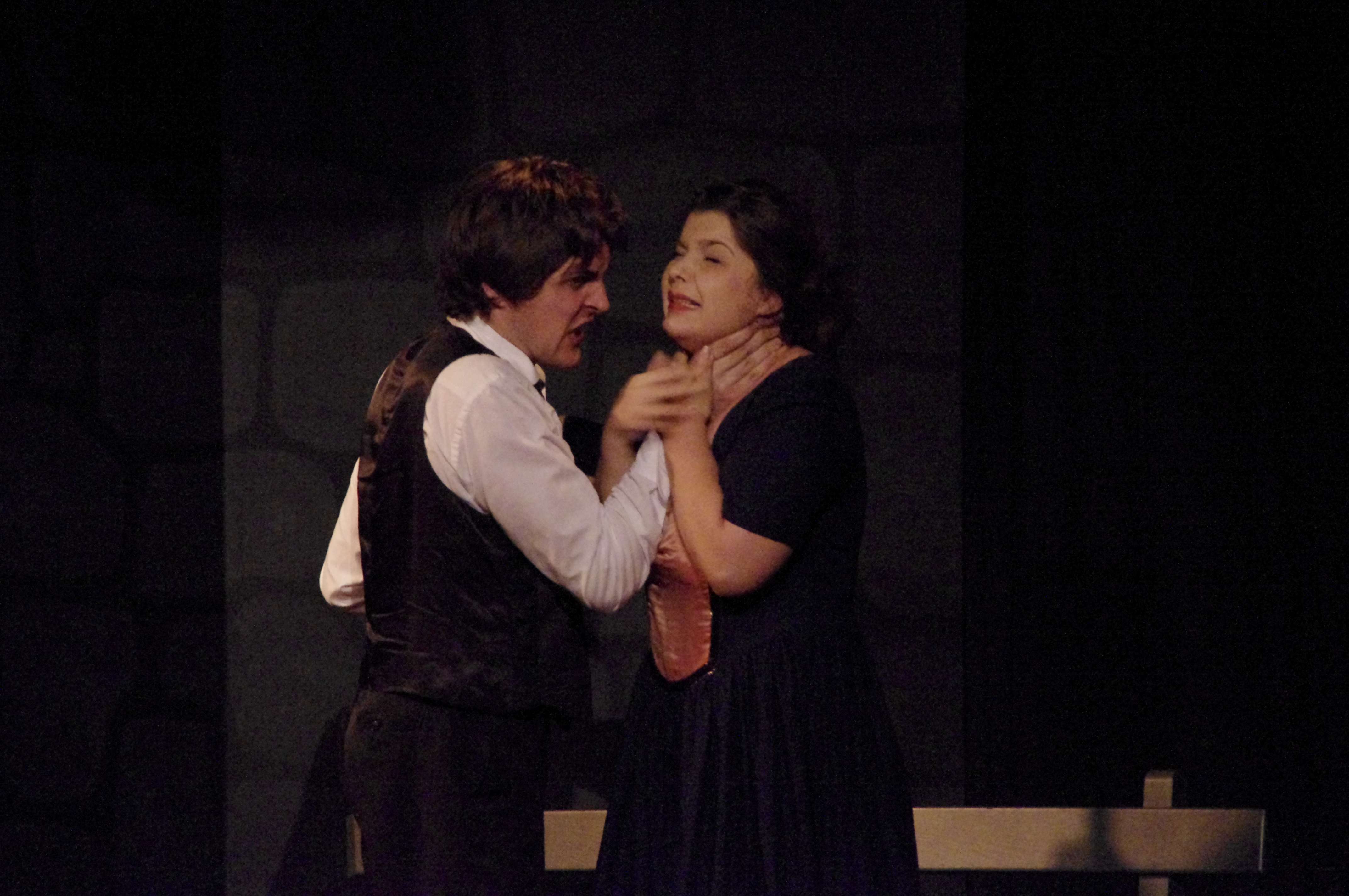 From its performance at Nash Theatre's 'Once Upon a Midnight'.

“Reagan Warner plays Edgar, a condemned man retelling the story of his past. The actor plays Edgar so eloquently and his sharp bursts of anger are on point and not over the top. The poor Veda, played by Elodie Boal plays a tormented lover so well I almost wanted to jump on the stage myself and give a good roundhouse kick to Edgar. Elodie delivered an intense performance, which highlighted her talent and passion for her craft. Both Reagan and Elodie are first timers with Nash Theatre, and really signified the amazing amount of talent that fulfills this production… the night had it all.”
Michelle Cha, Moustache Magazine

“The company chose four stories in various styles, all but one adapted to the stage by a Nash playwright… An interesting challenge? Yes, and they brought it off… it’s a thumbs up from me!”
Maun Collins, Stage Whispers